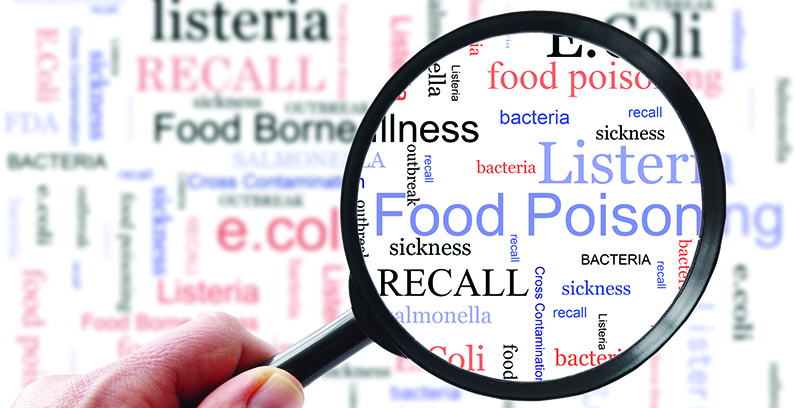 Despite having one of the safest food supplies in the world, the United States is still prone to foodborne illness outbreaks, which can sicken and potentially kill thousands of people. These outbreaks can result in massive recalls damaging product and brand image.

Food manufacturers take measures to ensure safe foods, with long shelf-life, are supplied to their consumers. Sanitation practices, with an aggressive vector remediation strategy, provide high assurances for quality food production with a low risk for microbial hazards, the leading cause of foodborne illnesses.

Food manufacturing facilities examine microbial risks at all levels of the production process to assure high quality, long shelf-life, and safe food products. Risk controls and sanitation/hygiene steps get introduced into the food processing environment through raw materials, pest management, implementation of air and water quality, and employee hygiene training. These and distribution control steps assure a long shelf life product to stores, where consumers then assume the controls before final consumption. 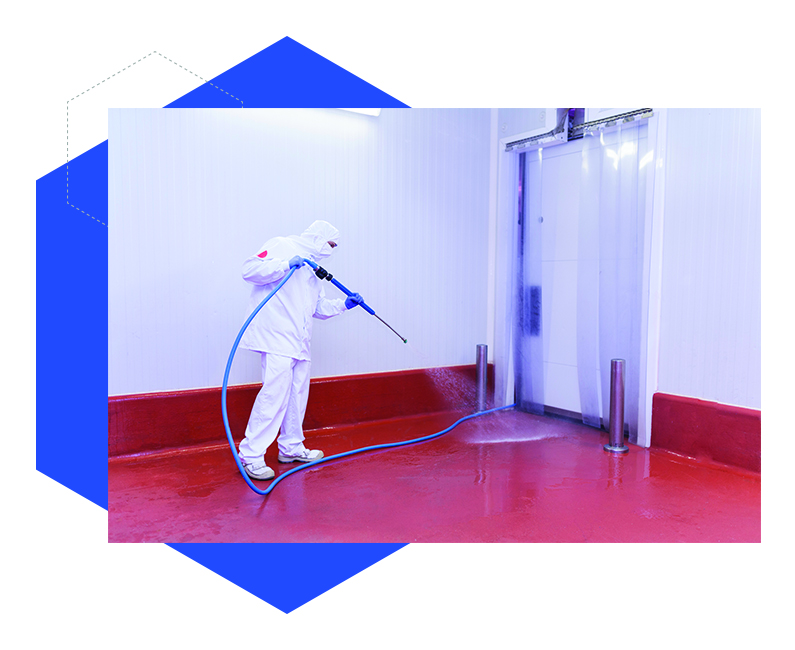 Routine applications of good sanitation practices are often able to control these microorganisms inside the food processing and handling environments. However, if contamination levels are high, or if sanitation procedures are inadequate, microorganisms can contaminate food products, leading to a foodborne illness outbreak.

An Environmental Monitoring Program (EMP) assesses the effectiveness of the overall hygienic practices in a facility and provides the necessary information to prevent possible microbial contamination of food products. Rather than making food “safe,” an EMP provides valuable data, such as source and indication of indicator organisms, spoilage, and pathogens of concern.

To reduce the risk of microbial product contamination, one needs insight into implementing a sufficient EMP. The implementation can take place in a food facility, accurately interpret the data, and take appropriate corrective actions upon discovery of deviations. An EMP gives a plant this information quickly so that remedial steps are timely to prevent product release and consumer risk.

With the need for diverse information amongst food safety practitioners and the obligation to present scientific principles and best practices, the document uses a simple graphic. This graphic symbolizes the basic programs recommended to establish effective pathogen control in a manufacturing facility.

The Core Principles of the Pathogen Control Equation are:

Vector swabbing is a ‘tried and true’ corrective action when it comes to positive listeria swabs in food manufacturing. 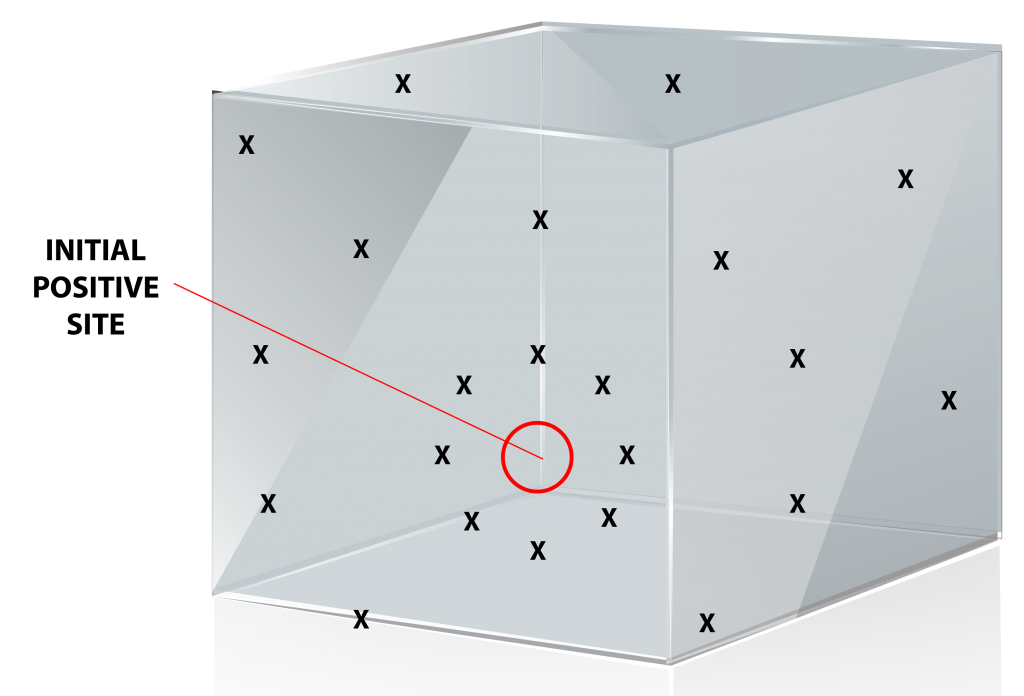 If a positive listeria result is in any sampling zone, it should trigger a series of corrective responses. At a minimum, the positive area needs thorough examination both visually and through vector swabbing to determine the extent of the contamination and ascertain the potential cause of the problem. Vector swabbing entails taking additional environmental samples around the initial positive site and done in a ‘starburst’ pattern. Focusing on testing and reducing positives in the peripheral zones surrounding the food production zone is a strategy for preventing positives in the critical food contact zone. If positives occur in the food contact zone, the product itself must be tested for Listeria until the reason for the positive is discovered and remedied. 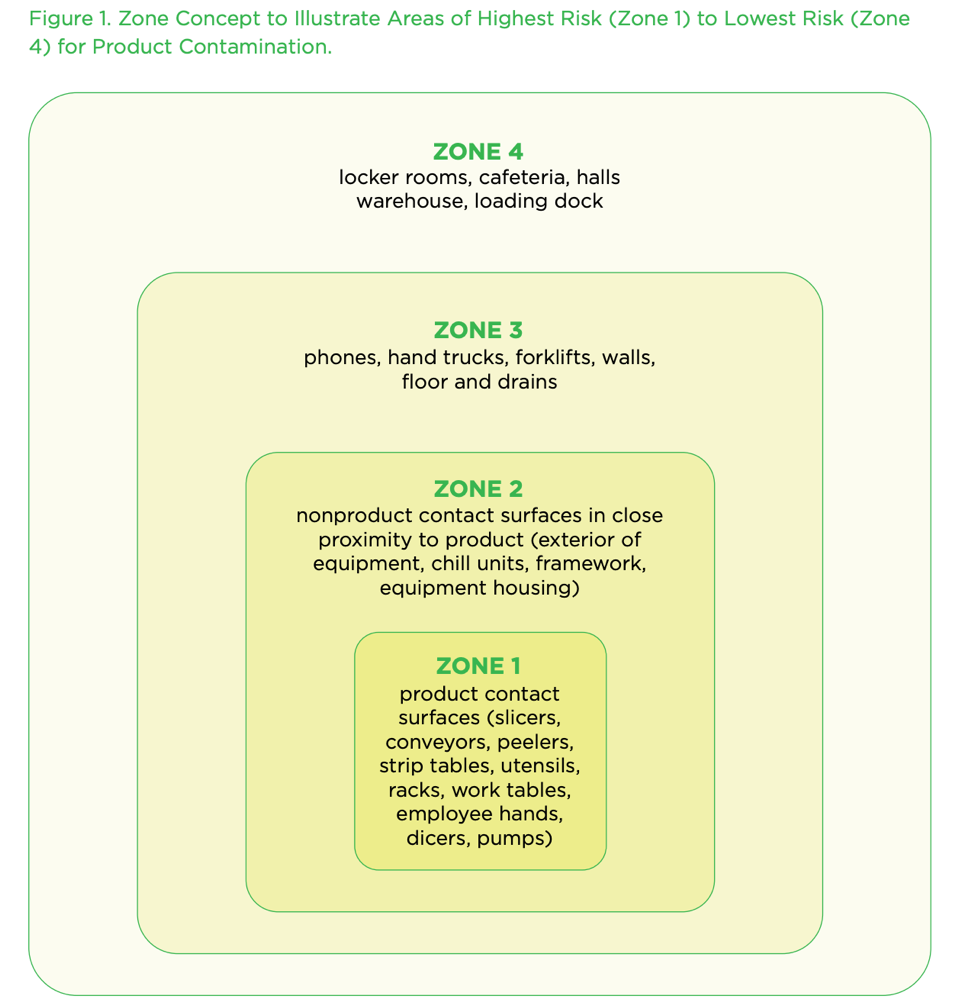 A recent Dairy Foods article reinforces the importance of environmental swabbing. It explains that the process is an “asset in determining whether or not pathogens are transient or residents of one’s facility.” Many transport mechanisms will aid pathogens in their movement through a facility — for example, people, tools, portable equipment, water, pests, contractors, and others.

Vectoring for the pathogen can quickly become a long and expensive process for the food plant. Results for detecting Listeria can take 24 hours or up to 3-4 days if samples get tested outside of the plant. In the meantime, the manufacturing area is still in use of making food. Plus, any new positives result in more vector sampling. 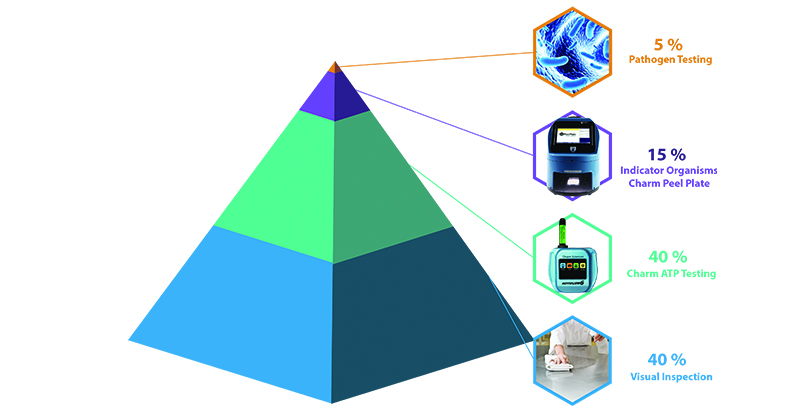 Food plants have found that using indicator testing in the EMP can give them less expensive and faster results in verification of sanitation. Indicators such as aerobic count (a 48-hour in-house test) and Adenosine Triphosphate (ATP) (a 5-second real-time test) are control strategies in the listeria regulations. When food plants implement vectoring with indicators, they get a much faster and lower cost control on the microbial risks. Vectoring with indicators reduces the incidence of a pathogen ever getting detected in the production zones and further reduces the likelihood of a pathogen traveling through the facility before discovery.

Finding a positive result through environmental swabbing and indicator testing is a win-win situation. Not only does it act as a finger on the pulse of the processing environment, but it also serves as an early warning system of stress or failure. Addressing the positive in a real-time preventative mode, reduces the likelihood of microbial contamination and ensures continued wholesome food production.

The U.S. Food and Drug Administration (FDA) designed a presentation that discusses the understanding of swabbing zones and the interpretation of trend data.

According to the FDA, the zone concept rests on the vulnerability of RTE food exposed to the production environment. Zone 1 is the most sensitive to contamination, Zones 3 and 4 are the least susceptible, and Zone 2 is the buffer area between Zones 1 and 3.

To define and identify zones, one must think in terms of pathways to product contamination.

Zone 3 typically has a physical separation from Zones 1 and 2. Examples of a separation are:

This Zone is rarely in the same room as food production, and there are usually preventative decontamination steps to take going from Zone 3 into Zone 2.

Zone 4 is the first entry into the food production area, such as the entrance, warehouse, or receiving area where people, foods, and packaging materials enter.

Charm offers ATP-based sanitation programs with solutions that provide results in just seconds. Hygiene verification tests like the PocketSwab Plus ATP Test ensure that facilities are kept clean and at a level that is safe for food production.