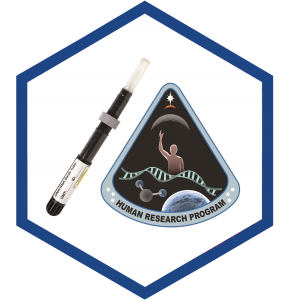 Charm Sciences, Inc. is proud to announce that we have reached new heights: we’re in space! On September 25, when a multinational crew launched to the International Space Station, they carried with them sampling swabs developed by Charm Sciences for use in research that will be conducted on the space station. “Charm Sciences and Zymo Research collaborated on a sampling swab for NASA.” said Robert J. Markovsky, VP of Operations. “This swab was specifically designed to ensure containment with a cap interlock and a sample chamber seal so that once the sample is obtained in space it can return to Earth for testing without fear of sample loss”.

The crew launched from the Baikonur Cosmodrome in Kazakhstan aboard Russia’s Soyuz MS-15 spacecraft. The launch marked the last flight of their launch vehicle, the Soyuz-FG rocket. The Expedition 61 crew of three included Hazza Al Mansouri, who is the first astronaut from the United Arab Emirates. Soyuz MS-15 lifted off on September 25, 2019 at 9:57 a.m. EDT and docked to an International Space Station service module at EDT 3:42 p.m.